Here is an original and promising technique developed by Paul Nogier from 1966.Souvent the biggest discoveries happen by accident. As Christopher Columbus who discovered America in seeking a new way to travel to India, Paul Nogier went fortuitously account in 1966 when he was exercising a slight pressure on the ear, he observed a decrease or increase the radial pulse.

The rate did not change, but it seemed that the radial pulse was getting stronger or weaker. After confirming this phenomenon in many patients, he called atrio-cardiac reflex. He thought, then, that the phenomenon of no great importance could be comparable to the oculo-cardiac reflex..

Gradually, experiments have shown that this deformation of the radial pulse could get by stimulation of the skin covering in general and it was observed in cardiac cell carriers sick. This was not an atrio-cardiac reflex. It was then facing the possibility of the existence of a more general phenomenon has been called under the guidance of Professor Pierre MAGNIN (Besançon) VAS: Vascular Autonomic Signal. That self-vascular signal.

The VAS is a blood reaction that follows a stimulation of the skin or an emotion. Already in 1943, the famous French surgeon René Leriche noted an inexplicable phenomenon in one of his patients he had operated an arteriovenous aneurysm of the femoral region. René Leriche making himself dressings in this patient noted that lorsqu’qu’il touched the skin of the thigh of the patient, the femoral artery began to beat a particular way. He had mentioned the existence of a cutaneous-vascular reflex adding that often the pathology is an amplifier of physiological phenomena. Based on the work of Paul NOGIER, cutaneous stimulation which can trigger the VAS can be of different types. This may be a mechanical stimulation, but also light stimulation. A careful examiner and broken in this kind of exercise can verify this phenomenon in any healthy person. When illuminates an individual with a flash of light on the skin, the radial pulse becomes harder. It is a physiological phenomenon called VAS. This phenomenon usually lasts about 3 pulses and reflects an adaptation of the body to a new electromagnetic situation.

Since the 1970s, many studies have been conducted to confirm the existence of VAS including recordings radial pulse when cutaneous stimulation. Without convincing results. There is not, to date, a scientific consensus on this issue.

It seems, in fact, that the skin surface as the suspected physiologist Jules TINEL in 1937, is an extensive system of reception of unconscious information. Our skin would capture electromagnetic waves such as light and would use this property to stimulate, regulate a part of the nervous system by altering the chemical neuro-mediation. Auriculomedicine is a technique that will allow, by taking the radial pulse, evaluate responses of the organism in front of mainly cutaneous stimulation.

The examiner will send to the skin or light frequency stimulations while observing the changes of the radial pulse. The reactions are well known and standardized exams. Also, is it possible to detect in some patients of abnormal reactions that need to be addressed in general by auriculotherapy.

Auriculomedicine is not a technique recognized by the official medicine. It remains for the moment a marginal technique. And that’s good because it is necessary, before it is admitted to the faculty, to be the subject of further fundamental research. Contrary to what you read here and there, auriculomedicine is not an imaginary technique. It provides therapeutic results enviable but inconstant. It is at the forefront of clinical research and will probably cause the greatest discoveries of the physiology of tomorrow. 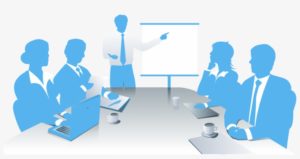 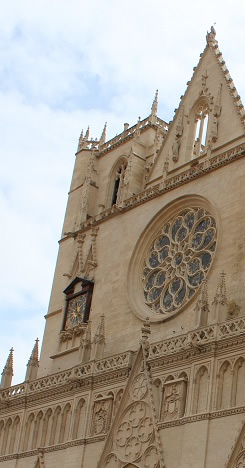